African man living in Iowa actively participated in genocide and burned his house down, judge says 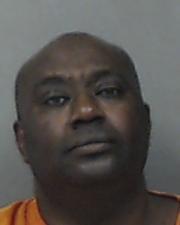 CEDAR RAPIDS – An African man living in Iowa actively participated in genocide back in his home country in the 1990’s and burned his house down here to score cash, a federal judge ruled, and faces prison.

Following a jury trial in January 2016, Ngombwa was convicted of one count of unlawfully procuring or attempting to procure naturalization or citizenship, one count of procuring citizenship to which he was not entitled, one count of conspiracy to unlawfully procure citizenship, and one count of making a materially false statement to agents of the Department of Homeland Security. The evidence at trial showed Ngombwa knowingly made several material false statements to gain entry into the United States as a refugee from Rwanda in 1998. Notably, Ngombwa falsely claimed to be the brother of Faustin Twagiramungu, a former Prime Minister of Rwanda, who lives in exile in Belgium. Following the trial, the district court vacated one of Ngombwa’s counts of conviction.

On September 22 and 23, 2016, the court held a two-day sentencing hearing at which it received evidence. At that hearing, the government presented the testimony of multiple witnesses, including agents from the Department of Homeland Security. Much of the testimony pertained to defendant’s conduct in Rwanda in the 1990s. The government presented testimony about the 1994 Rwandan genocide, in which hundreds of thousands of people from the Tutsi ethnic group were killed. The evidence showed that defendant was charged and convicted in two Gacaca courts in Rwanda for his involvement in the Rwandan genocide.

The court then took the contested sentencing issues under advisement. In a 48-page order filed on February 7, 2017, the court found that Ngombwa “actively participated in the genocide.” The court also made other factual findings, including that:

· Ngombwa made several false statements in the course of the refugee resettlement process, including:

· Ngombwa was a leader of MDR-Power, a staunchly anti-Tutsi political party;

· Ngombwa’s brother, a member of the military, guarded Ngombwa’s home after the genocide began;

· Witnesses in Rwanda credibly stated Ngombwa personally killed numerous Tutsi, transported and directed the youth militia to kill Tutsi, looted Tutsi property, and led brutal attacks on groups of Tutsi seeking refuge in locations such as a local church and a priest’s compound;

· Ngombwa’s prior genocide convictions in the local “gacaca” courts in Rwanda could be relied upon for sentencing; and

· Ngombwa, intentionally set fire to his home in Cedar Rapids and submitted a false insurance claim in 2013.

As a result of its findings, the court determined the appropriate advisory sentencing range under the United States Sentencing Guidelines is 100-125 months’ imprisonment. The court will announce Ngombwa’s sentence at 9:00 a.m. on March 2, 2017, at the United States Courthouse in Cedar Rapids, Iowa. When the court reconvenes on that date, the parties will be free to argue that the court should impose a sentence greater or lesser than that contemplated by the advisory Guidelines range. Chief Judge Reade has already revoked Ngombwa’s United States citizenship.

Iowa Congressman Steve King weighed in later Thursday, saying “Here is an example of a ‘model’ Iowa Refugee who might have been locked out of the U.S. under ‘extreme vetting’.”