This news story was published on May 5, 2013.
Advertise on NIT • Subscribe to NIT 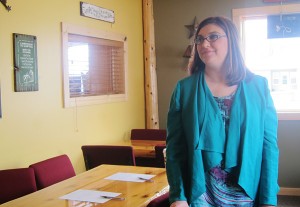 Draper, supported by friends and family, gathered signatures for her election bid and chatted with interested Mason City citizens.

“I have over 400 signatures,” Draper said. “I’ve been knocking on doors, talking with the voters.”

So far, no one else has declared their intention to run for the at-large seat currently held by Scott Tornquist.

The election will be held this November.

12 Responses to Council candidate Draper gearing up for election (VIDEO)