MASON CITY – A Britt man who allegedly ran through Mercy Hospital and destroyed equipment before spitting on cops skipped his court date and was finally arrested on a warrant.

Timothy Curtis Lange, age 27, of Britt was arrested by the Cerro Gordo county sheriff’s office Monday and booked into the jail after 1:00 PM. He had been due in court on March 1 to be arraigned on charges of felony second-degree criminal mischief, aggravated assault on a peace officer and interference with official acts causing injury.

Lange is now being held in the jail on $5,000 bond and awaits an unknown court date.

The trouble for Lange began when, according to Mason City police, on January 31 at 12:56 PM, Mercy Hospital called police about a patient acting erratic and out of control. Officers arrived and were directed to Lange, who was bleeding from his arm. Police say he had apparently run through some of the hallways and rooms and intentionally destroyed hospital equipment. Police had approached Lange and tied to arrest him.  However, he allegedly resisted arrest and tried to kick and flail at officers, and even spit in one officer’s face, before the subdued him.

The repair estimate for the damages was $1,500, police told NIT. 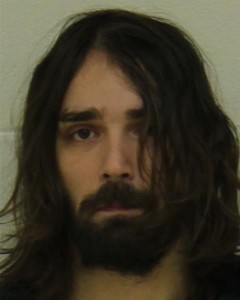