CHARLES CITY – A man wanted for weeks by the Charles City police department on a warrant for felony criminal mischief was nabbed and jailed.

An arrest warrant had been issued for 42-year-old Ramelle Williams of Charles City after an incident in November 24. Police had responded to the 600 block of 1th Street for a report of criminal mischief which caused an estimated $3,000 in damage. As a result of an investigation, Williams was charged with felony second degree criminal mischief.

On the evening of December 19, police went to the same location – the 600 block of 11th Street – to remove a person from the premises. They arrested Williams there and took him to jail, where he still remains at this time, pending a court date. 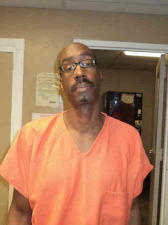