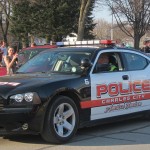 CHARLES CITY – A teen who skipped school in Charles City and was caught that day on a trail with a gun is seeking to have his case moved to juvenile court.

Timothy Mougey, age 16, was allegedly upset on the morning of October 16 and did not go to school that morning. Officers were searching for Mougey at the parent’s request. The school was notified of the situation. Mougey eventually showed up at the Charles City High School around noon and officers were called. He left school grounds via the Charlie Western Recreational trail. Allegedly, he displayed a firearm on the trail across from the football bleachers when stopped by police. Officers on scene were able to apprehend Mougey and he was taken to the Floyd County Memorial Hospital for evaluation.

Mougey was charged in Floyd County District Court with felonies of assault on a peace officer and carrying weapons on school grounds.