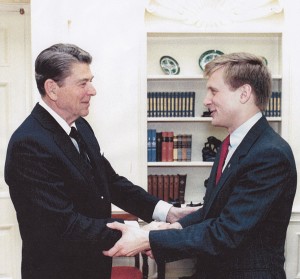 Well the Blodgett boys are on deck once more; this time it’s Todd the gunslinger. Today’s subject is Obama’s academic records, his grades, something, anything that the Republicans can grab onto without tearing the white sheets they’re wrapped in.

My advice to “fast draw” is to study this morning’s polls where he’ll quickly find out that Barack is cleaning Romeny’s clock across the board in every field including the economy.  Harry Truman dropped the atomic bomb and ended World War II…..and he did it without a college degree; damn him anyway, if we’d of only known we could have stopped him. The pure audacity of such a thing is beyond belief.

Todd missed his calling; he would have been a crackerjack siding salesman, still could be if he had any inclination to seek employment. Todd is very articulate himself, has an impressive collection of degrees that he could fall back on anytime he wanted to enter the workforce.  I know for certain his favorite County Supervisor Jay Urdal would get him a job working for Cerro Gordo County anytime he wanted to.

In the same amount of time it took Todd to research and gather all the facts and figures he detailed in today’s Globe Gazette editorial, he could have closed a siding deal and made some real money. But then maybe that’s what he is trying to do here….sell us all aluminum siding disguised as manure that he’s trying to shovel down your throat this morning.

Todd could have my old siding sample case; it’s true I once sold tin, but then I found Jesus and completely turned my life around.  If Todd would only reach out to me and take my hand I will gladly show him the path to righteousness…..but he cannot bring the gun.

52 Responses to Op-ed: Advice for Todd Blodgett (by Peter Children)