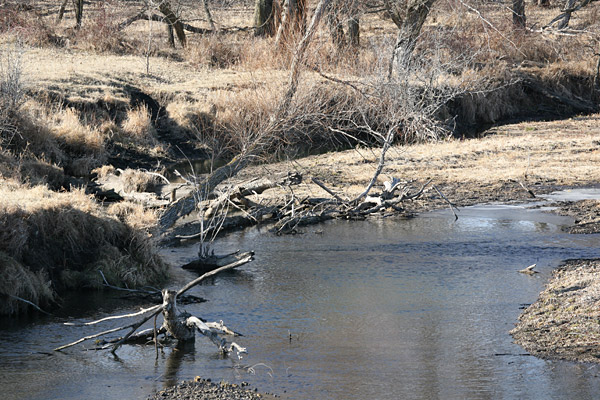 By Steven A Waechter –

As one drives around the North Iowa area it’s hard to not notice the low water levels of the streams, lakes and ponds.  To many anglers this causes concern for the fish populations living in these bodies of water.  It hasn’t been too many years ago when massive fish kills occurred in North Iowa due to harsh winter conditions.  Those kills occurred because the snow and ice cover came early, continued late into the season, and was extremely heavy.  This caused oxygen levels to drop below that which will sustain aquatic life.  As a result many lakes and ponds suffered unusually heavy fish loss.  Many of those lakes and ponds are still recovering from those losses.

The concern this winter is the draught conditions that settled in during the fall.  With very little rain the area’s lakes, streams and ponds are at levels low enough to cause concern.  These low water conditions could cause oxygen levels to drop to dangerous lows placing fish at risk of another bad winter kill.

But, there is some hope that this may not occur.  Kurt Meek, Fisheries Technician for the Iowa Department of Natural Resources, Clear Lake Fisheries Station put it this way.  “There was certainly some concern early on, especially if we would have had winter start out like last year.  So far the mild temperatures along with the lack of heavy ice and snow cover have lessoned those concerns.”  When asked about the fish in some of the worst hit streams, Meek stated, “We hope the fish in those streams had the opportunity to move into the overwintering areas before the water levels dropped too low.”

In addition, Meek pointed out that many area lakes and streams have not yet completely frozen over.  He states that this should help with maintaining oxygen levels in the water that is there.  Meek, however, also points out that if we do get some real cold temperatures and heavy snowfall yet this year we could still see some higher than normal fish kill due to the low water situation.  Meek says, “We’ll just have to see what the rest of the winter is like.”

One bright spot for anglers is that if they know where or can locate the overwintering areas of a lake or stream the fish could be more concentrated than usual offering some excellent fishing opportunities due to the low water conditions.

Low water levels are evident by the amount of shoreline, shallow areas, and sand bars that are exposed. 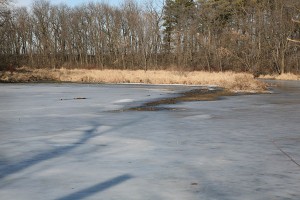 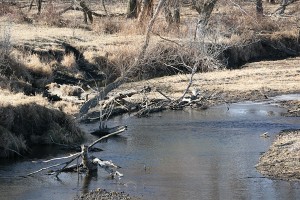 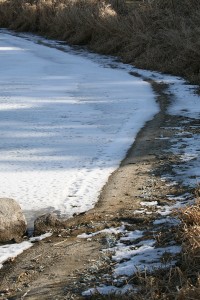 Many of the area lakes and streams have not yet completely frozen over.  Beeds Lake near Hampton. 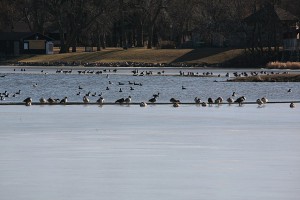