This news story was published on December 17, 2020.
Advertise on NIT • Subscribe to NIT 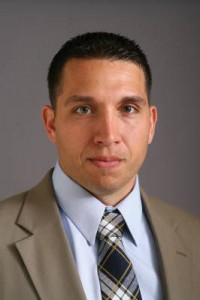 Campbell started his rebuilding project for the Cyclone program in 2016, piecing together four-straight winning seasons for the first time in the modern era.

However, it was his efforts during the 2020 campaign that has solidified him as one of the top coaches in the nation, and the Big 12 Conference noted his work this afternoon by naming him its 2020 Chuck Neinas Big 12 Coach of the Year.

Campbell has elevated the Cyclone football program to unprecedented heights. His 2020 team became the first team in school history to claim sole possession of first place in the final conference regular-season standings, compiling a school-record eight league wins (8-1) in the rugged Big 12 Conference.

Iowa State will now compete in its first-ever Big 12 Championship Game on Saturday, facing No. 12 Oklahoma to vie for its first conference title since 1912.

There were many firsts in 2020 behind Campbell’s efforts. The Cyclones reached their highest ranking in any poll in school history (No. 6 in the College Football Playoff rankings) and rattled off five-straight wins over league opponents for just the second time in program history.

Campbell, who became the only coach in school history to defeat Oklahoma and Texas in the same season, relied on a special group of seniors who will leave Ames as the winningest class in school history (31 victories).

The Cyclones played as a ranked team a school-record nine times in 2020 thanks to a balanced effort from the offense and defense. The Cyclones are on pace to set a school record for points per game (34.0) and the defense ranks in the top-three in scoring defense (2nd- 21.3) for the fourth-straight season.

Campbell continued his success against the nation’s best. The Cyclones defeated two ranked teams (Oklahoma, Texas) to give Campbell eight wins over rated teams since 2017.
Campbell is the only coach in school history with an above-.500 record vs. conference competition, owning a 26-19 record vs. Big 12 teams, just one win shy from the school record in victories over league teams.