This news story was published on July 3, 2020.
Advertise on NIT • Subscribe to NIT

DES MOINES – The man who claims he was struck by Iowa Governor Kim Reynolds’ SUV earlier this week was arrested Thursday night at the State Capitol grounds.

Jaylen Robert Cavil, age 23, was booked into the Polk county jail on Thursday, July 2 at 5:11 PM on a charge of interference with official acts. He was released at 8:29 PM.

Mr. Cavil was apparently at the State Capitol grounds in Des Moines Thursday evening to protest the arrests made by police Wednesday at that location for earlier alleged acts of vandalism police say members of Black Lives Matter committed. Des Moines police described Thursday’s confrontation with protesters this way:

Today, five additional arrests were made at the DMPD station in connection to ongoing investigations. Two of those arrests were related to behaviors at the Capitol yesterday.

Those arrests were related to deliberate actions that included attacking a police officer and throwing his radio far out of his reach and then reaching into his pocket and pulling confidential documents from him, and then displaying those documents during a media broadcast.

Two additional arrests were made when people deliberately interfered with arrests at the PD.

The last of these arrests was related to the vandalism at Hy Vee on 20 June 2020.

Arrests under these circumstances don’t make you a martyr; they make you a criminal.

Earlier Thursday, prior to his arrest, Mr. Cavil lamented on the power of police. He tweeted, “DMPD has been unjustly charging innocent & nonviolent protesters with felonies. We’re all seeing how easy it is for any police officer in the state of Iowa to take away someone’s right to vote for the rest of their life.” 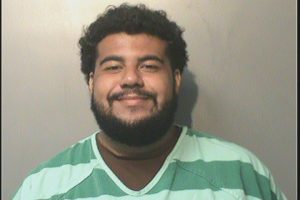