WAVERLY – A Charles City man was recently caught and arrested for drunk driving and two counts of child endangerment in Bremer county.

Shaw is due to be arraigned on August 1.

Back in May, Shaw was involved in an accident in Charles City, in which he fled police and was later caught. He was later guilty of leaving the scene of an accident, no insurance, failing to yield to an emergency vehicle, and no valid driver’s license. He was ordered to pay fines and fees of $147.75, $735.00, $195.00, $330.00, respectively on this charges.

Shaw was sent to live in the not-so-prestigious Beje Clark halfway house in Mason City back in 2016 after he was convicted of felony burglary – a charge brought by Charles City police in December of 2015.  Shaw has also been known to carry a dangerous weapon. 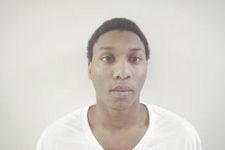