MASON CITY – Two Mason City men ran from their car during a traffic stop but weren’t quick enough to evade the long legs of the law.

The incident went down Tuesday morning just before 1 AM. Mason City police took a report of a vehicle being operated without the owner’s consent. Police and Cerro Gordo county deputies began searching for the vehicle. Somewhere near the 300 block of West State Street, the vehicle was stopped and the two men inside ran from the scene. Eventually, both suspects were caught and arrested.

Terry Leroy Arp, age 27 was arrested for interference with official acts and on probation and parole violations. He had been wanted on a nationwide warrant since September 26. Arp has previously been accused of stealing a car in Mason City. Also arrested was the driver, Matthew Thomas Bohl, age 27, who has previously been charged with felony assault. He was charged with operating a vehicle without the owner’s consent and driving with a suspended license. Both men are from Mason City. 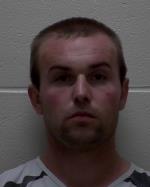 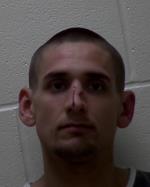