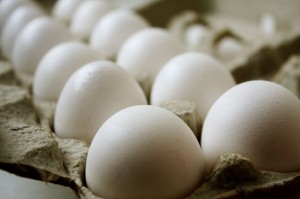 SIOUX CITY – A former marketing manager at egg production and processing facilities who participated in a conspiracy to bribe a U.S. Department of Agriculture (USDA) inspector, to sell restricted eggs with intent to defraud, and to introduce misbranded food into interstate commerce with intent to defraud and mislead was sentenced yesterday in federal district court in Sioux City, Iowa, the U.S. Attorney’s Office of the Northern District of Iowa announced.

Tony Wasmund, 64, of Willmar, Minnesota, the head of marketing at Quality Egg LLC of Galt, Iowa, was sentenced to four years’ probation by U.S. District Court Judge Mark W. Bennett in the Northern District of Iowa.

Quality Egg LLC pleaded guilty to paying at least two cash bribes to a USDA inspector, who is now deceased, to procure the release of shell eggs that had been retained for quality issues. The USDA inspector’s job responsibilities included inspecting shell eggs at one or more of Quality Egg’s production facilities in Iowa, and the inspector had retained or “red tagged” several thousand dozens of eggs for failing to meet minimum USDA quality grade standards.

Wasmund admitted at his September 2012 plea hearing that he conspired with at least one other person to bribe the inspector, sell restricted eggs with intent to defraud, and introduce misbranded food into interstate commerce with intent to defraud and mislead. Wasmund described how, on or about April 12, 2010, as part of the conspiracy, he authorized the disbursement of $300 in petty cash from Quality Egg knowing the cash was to be used to bribe a USDA inspector. After the bribe was paid, the eggs were released, labeled as meeting minimum USDA quality grade standards, and sold and shipped to customers in several states.

The case was prosecuted by Assistant U.S. Attorney Peter Deegan of the Northern District of Iowa and Trial Attorneys Lisa Hsiao and Christopher Parisi of the Civil Division’s Consumer Protection Branch. They were assisted by Associate Chief Counsel Michael Varrone of the Department of Health and Human Services’ Office of General Counsel’s Food and Drug Division. The case was investigated by the Food and Drug Administration’s Office of Criminal Investigations, the USDA’s Office of Inspector General and the FBI.