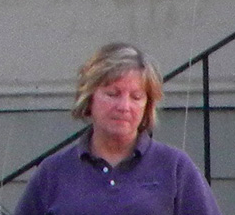 MASON CITY – A dog was euthanized Christmas Eve after it bit an animal control officer and sent her to the hospital.

Mason City police disclosed today that animal control officer Pat Gansen was bitten by an American Bulldog on the morning of December 24. She was checking on the dog which had been under confinement for 10 days due to a prior dog bite reported on Dec 15. During the incident on the 15th, Gansen had been called to 109 19th Street SE to take a dog bite report. She was back to the same address on the 24th to check on the dog when it bit her. The house is owned by William Shafer.

Gansen called in for help and was taken to Mercy Hospital for medical attention; she was released the same day. The extent of her injury was not elaborated upon.

Police told NIT that the dog was euthanized the same day.

“As far as charges (against the dog owner) or restitution for medical bills etc, I do not know at this time,” police said.