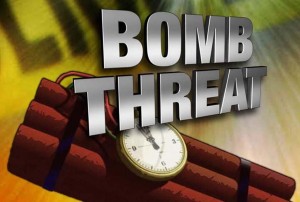 WAVERLY – An investigation is still on-going into a bomb threat against two high schools in the Northern Iowa area.

Investigators from Bremer County then met up with the Cedar Falls Police Department, and together they notified the Cedar Falls High School administration. The person who was reported to have made these statements was then located and interviewed. This person was very cooperative with officers. At that point it appeared there was limited credibility to the threat, however, both the Cedar Falls High and Janesville High School staff were updated about the investigation. That same afternoon, the Janesville Police Department was also notified of the threat and the investigation.

Even though the threat appeared to have limited credibility, on the morning of December 16, officers from both Bremer County Sheriff’s Office and the Janesville Police Department were on site at the Janesville High School as an extra precaution. No problems were encountered.

No names are being released at this time as the investigation remains ongoing, law enforcement said.