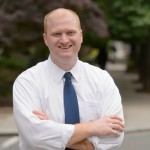 WASHINGTON – The race for Congress between Steve King and Jim Mowrer is virtually deadlocked, a new poll shows.

The poll, released this week by the SMART-TD’s Iowa Legislative board, asked potential Iowa voters “if the election was held today for U.S. House, for whom would you vote, Jim Mowrer the Democrat or Steve King the Republican?”

“The more Iowa voters know about Jim Mowrer’s record of service, the more they like him,” said Mowrer spokesperson Sam Spencer. “Mowrer’s numbers have a lot of potential for growth as voters continue to get to know Jim Mowrer and learn more about Steve King’s disastrous record in Congress.” 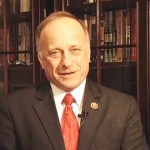 In the poll, numbers show that 42% of respondents have a negative view of King, while only 12% had that view of Mowrer.

Iowa Public Television will hold a debate between Mowrer and King on Thursday, October 23 at Buena Vista University Anderson Auditorium in Storm Lake. The hour-long Iowa Press Debate begins at 7 PM in front of a live audience. The program will air live on IPTV’s primary high-definition channel and be streamed online at Iptv.org.