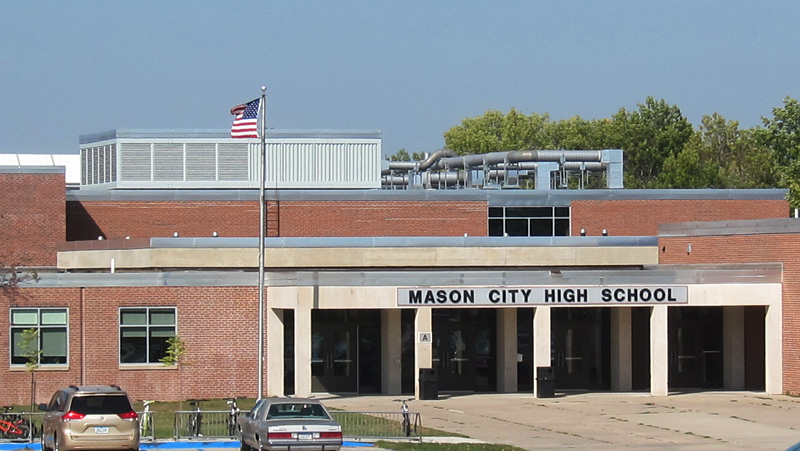 Mason City police confirmed Tuesday that the school police officer broke up a fight Monday shortly before 1:00 PM on the school property. The school and police are still investigating the incident. Charges are pending.

According to information relayed to the NIT newsroom, there had been chatter for some time about two male students – one possibly a junior and one possibly a freshman – engaging in a fight. As described to NIT, a junior boy approached a freshman and punched him in the face. The two then became entangled in a “grappling” situation before the junior delivered a knee to the head, knocking the freshman down.

“A police officer told us to watch out for the blood,” a source told NIT.

Apparently, the older boy was under the assumption that the younger boy had “pulled a knife” on the older boy’s sister. The older boy is new to MCHS and appears to have just started school in April.

A video of the fight in now circulating amongst students.