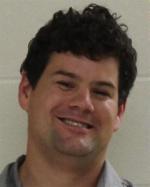 MASON CITY – A North Iowa man is in jail Sunday for a number of driving infractions.

Chad Jeffery Lutcavish, age 36 of Manly, was arrested Sunday morning on arrest warrants for failing to appear in court on charges of driving with no insurance, no registration and with a suspended driver’s license. He was taken to the Cerro Gordo COunty Jail and held on $750.00 cash bond.

Lutcavish stood accused of felony A 1st degree kidnapping and assault causing bodily injury earlier this year, but the charges were dismissed by a judge. The charges stemmed from an alleged incident between Lutcavish and another man on October 6, 2013 in Worth County. Reportedly, Lutcavish sprayed a toxic chemical on the man, injuring him.

Later, in April, the Manly Police Department brought a charge of felony forgery against Lutcavish, but a judge dismissed that charge in May.