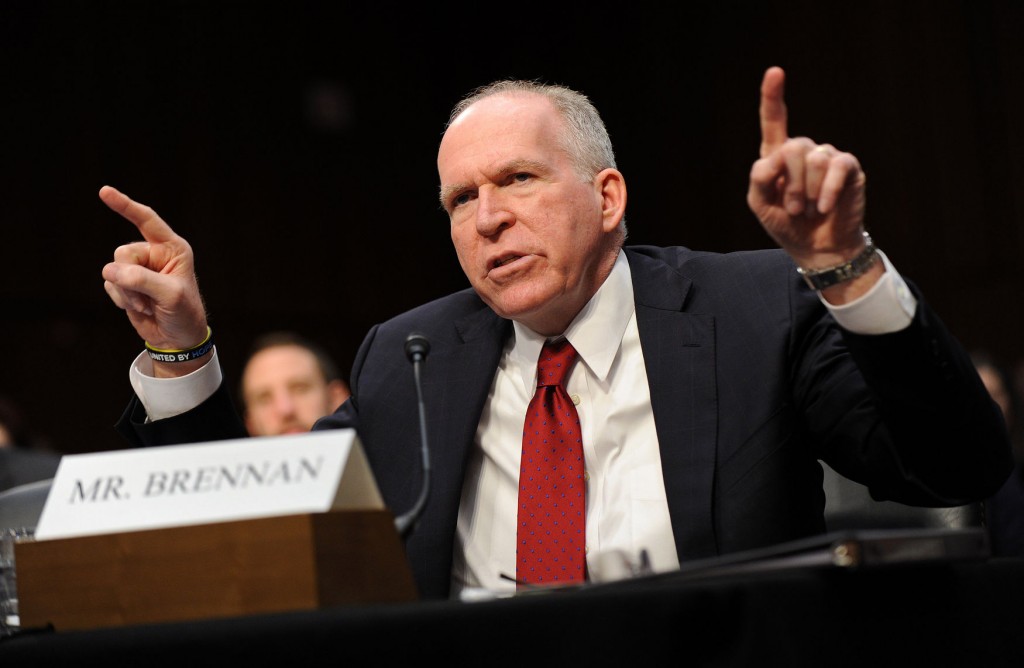 WASHINGTON, March 7 (UPI) — The U.S. Senate voted 63-34 Thursday to confirm John Brennan as the next director of the CIA.

Notice of the vote was immediately sent to President Obama in the White House that Brennan’s long, rocky road to the post was over.

“With the bipartisan confirmation of John Brennan as director of the Central Intelligence Agency, the Senate has recognized in John the qualities I value so much — his determination to keep America safe, his commitment to working with Congress, his ability to build relationships with foreign partners, and his fidelity to the values that define us as a nation,” Obama said in a statement.

Obama cited Brennan’s 25 years of experience at the agency, and said “our extraordinary men and women of the CIA will be led by one of their own.” Brennan has been serving as White House counterterrorism adviser.

Obama also thanked Michael Morell for “being such an outstanding acting director,” and for agreeing to remain as CIA deputy director.

Immediately before the confirmation vote, senators voted 81-16 to end debate.

A number of Republicans added their votes to the 55 Democratic-controlled votes in the Senate. Republicans voting to end the Brennan debate included some of his harshest critics in the confirmation process. One of those critics, Sen. John McCain, R-Ariz, voted to close debate and to confirm Brennan.

Earlier, Sen. Rand Paul, R-Ky., said he heard from the White House following his 13-hour filibuster of the Brennan nomination.

During his Senate floor talkathon, Paul demanded the Obama administration explain its policy on use of drones against U.S. citizens.

The Paul filibuster delayed Senate confirmation of Brennan, an architect of the administration’s drone program.

Paul started his filibuster after receiving a letter Monday from Attorney General Eric Holder that refused to rule out the use of drone strikes against Americans within the United States in “extraordinary circumstances” such as the Sept. 11, 2001, terrorist attacks.

Holder sent Paul another letter Thursday in response to the filibuster saying the United States does not have the authority to use a drone attack against a U.S. citizen not engaged in combat on U.S. soil, The Hill reported.

“The president has not and would not use drone strikes against American citizens on American soil,” White House press secretary Jay Carney said when he discussed the letter during a press briefing. “This debate has nothing to do with the qualifications of John Brennan, Sen. Paul said as much yesterday.”

Republican leader Sen. Mitch McConnell, a fellow Kentuckian, called Paul’s filibuster an “extraordinary effort,” but McCain and Republican Sen. Lindsey Graham of South Carolina challenged Paul’s suggestion during the filibuster that the president could order a drone strike on an American citizen without due process, The New York Times said.

“To allege that the United States, our government, would drop a drone Hellfire missile on Jane Fonda — that brings the conversation from a serious discussion about U.S. policy into the realm of the ridiculous,” McCain said.

Graham said he did not remember opponents of former President George W. Bush attacking his policy when his administration began the drone program.

Paul said the filibuster was a last-minute decision.

“We had no plan and I had the wrong shoes on, my feet were hurting the whole day,” he told CNN.

He began speaking at 11:47 a.m. Wednesday and finally yielded the floor at about 12:39 a.m. Thursday, Politico reported.

He stayed inside the Senate chamber as he spoke, remaining on his feet for the entire time.

“I would try to go another 12 hours and try to break Strom Thurmond’s record, but there are some limits to filibustering and I am going to have to go take care of one of those here,” Paul said.

Thurmond, from South Carolina, a States’ Rights Democrat at the time, filibustered the Civil Rights Act of 1957 for 24 hours, 18 minutes.

Paul ended his filibuster with, “I thank you very much for the forbearance and I yield the floor.” He received loud applause.

Soon after, Majority Whip Dick Durbin, D-Ill., introduced a motion to end debate on the nomination of John Brennan to run the CIA.