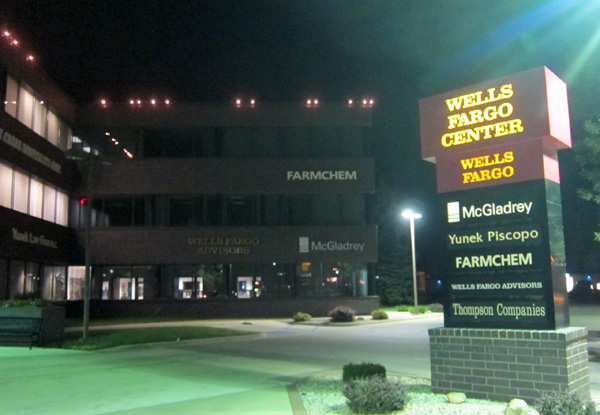 By Andrew Dunn, The Charlotte Observer –

CHARLOTTE, N.C. — The U.S. attorney in Manhattan announced Tuesday that the government has sued Wells Fargo & Co., alleging that the bank failed to follow underwriting rules on thousands of government-insured loans.

The “reckless” lending led to hundreds of millions of dollars in payouts by the Federal Housing Administration after many of the loans defaulted, the U.S. attorney’s office said in a news release.

Wells Fargo also allegedly hired inexperienced temporary workers to boost production and paid out bonuses to employees strictly based on the volume of FHA loans approved, without regard for their quality.

“As the complaint alleges, yet another major bank has engaged in a longstanding and reckless trifecta of deficient training, deficient underwriting and deficient disclosure, all while relying on the convenient backstop of government insurance,” Manhattan U.S. Attorney Preet Bharara said in a statement.

Wells Fargo denies the claims, and says the bank has acted responsibly and in good faith. Wells said its FHA loan delinquency rates have been half the industry average.

“The bank will present facts to vigorously defend itself against this action,” the bank said in a statement. “Wells Fargo is proud of its long involvement in the FHA program, which has helped so many people obtain affordable mortgages and become homeowners.”

Through the FHA program, the government agrees to insure certain loans, paying the note holder should the borrower default. The FHA does not review the loan, instead relying on the originating bank to follow certain creditworthiness standards.

“Unfortunately, as alleged in the government’s complaint, there was a time when Wells Fargo placed profits over people, corporate results over corporate integrity, and did not consider the effect its actions would have on the FHA program as well as the overall economy,” U.S. Housing and Urban Development general counsel Helen Kanovsky said in a statement.

The Wells Fargo lawsuit was announced shortly before the New York Stock Exchange closed. The bank’s stock closed down 2 percent, at $35.10.