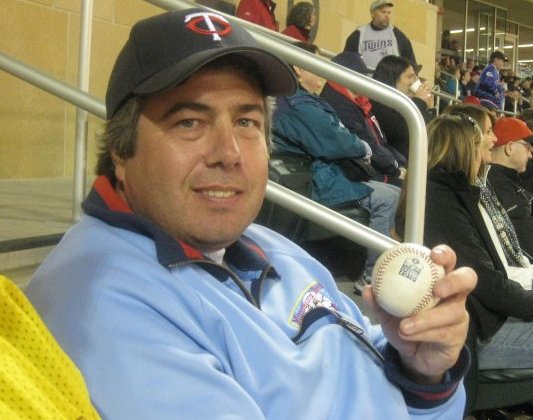 Good afternoon folks.  My name is Kyle Klinksiek.  Recently, I went around town and was able to receive enough signatures to get on the ballot for the November 6, 2012 election.  I will be running against Jay Urdahl for County Supervisor in the District.  I would like to tell you a little about myself.

I moved to Mason City in August, 1992.  I moved here after I served four years in the U.S. Navy.  I was a disbursing clerk on board the USS Enterprise CVN 65 from 1988 to 1992.  My job was handling payroll for the enlisted personnel stationed on board.  This job included payroll, travel pay and whatever the Navy told us to do.  This included going to the San Francisco Mint to get the money for payroll, which was usually $2.5 million every two weeks.  When we pulled out on our 6 month cruise, we had to get $10 million.  My other job was to help receive other Navy vessels as they pulled into port and getting them roped to the pier.

Most people know me from when I worked at North Iowa Community Credit Union.  I left the credit union after fifteen years because the Veteran’s Administration and doctors said I needed to get of my feet.  For medical reasons, I couldn’t stand all day anymore.  Being a teller means having to stand all day, so I had to leave.

Since leaving the credit union, I have been employed at Curries, Paypal, Rent A Center, and Orange Tree Employment Screening.  When I was hired at Orange Tree Screening, I was very happy and thought for sure I had a job that I would be at for a long time.  Due to the economy, I was laid off in 2008.  I have since obtained my CDL and having been driving semi-trucks for the past two years.  I am currently employed at Schneider Trucking.

Like many other people, I had been looking for work and trying to keep above water.  Fortunately, whenever I needed money, I was able to find work.  Between employers, I sold items on Ebay and at area flea markets.

My personal experience since the early 90’s has been that you could never make Jay Urdahl happy.  The only time he was nice was at election time and when he needed either your vote or signature on a ballot.  I always said if I had time I would run against him.

Let me tell you why I am running for County Supervisor.

I believe Jay is out of touch with the people of Mason City and his district.  Last April was the first time I saw him on our block.  He brought his petition for me to sign for the upcoming Democratic election in June.  I signed it.  He had been walking around my property for about 10 minutes trying to get me to answer the door.  I had just returned home from driving all night, so answering my door was not my priority. While we talked, he said he would be the only one on the June ballot.  (So why were there two people on the ballot?)  He was happy to see I was doing so well.  I did not KNOW I was doing so well, since I was laid off for almost three years and could only find a decent paying job outside of Cerro Gordo County.

Where was Jay when Mason City had the major flood in 2008?  I did not see him knocking on doors to see if anybody needed help.

It is mostly Mason City that Jay is responsible for.  Look how well the town is doing.  How many high paying jobs are there in this town?  Have you ever tried to talk to Jay?  Has he ever helped you with anything?

I believe we need a change as County Supervisor.  If elected I will promise you one thing: I WILL LISTEN TO YOU.  I will also do this: I believe $45,000 is too much of a salary for County Supervisor.  If elected, this would be my first year.  I will be learning the job.  How many times have you heard a politician ask for less money?  I believe NEVER.  Salary should be based on your experience and how you do the job.  Since I would be new, I will ask that my salary be $35,000.  I will not vote myself a pay increase.  At the end of the year, I will let the people decide if I deserve a pay raise.  Since I would be working for the people of Cerro Gordo County, I am sure you will let me know if I deserve a pay raise or not.

I am home two days a week.  If elected, I would quit my job at Schneider Trucking.  I realize I have to be around Mason City more than two days out of the week to do the job of County Supervisor.  If you have any questions, you can call me at 641-420-9715.  My email address is kyle.klinksiek01@gmail.com.

Have a great day folks.