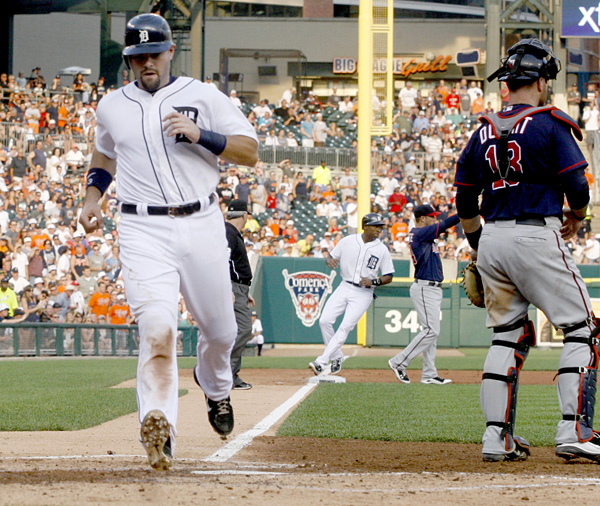 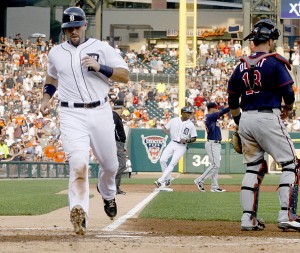 The Twins are too far behind in the standings to worry about a rookie pitcher’s psyche.

Gardenhire worries that his bullpen is getting dangerously overworked, but Anthony Swarzak, Alex Burnett and Glen Perkins combined to get the final 15 outs, as the Twins held on for a 6-4 victory at Comerica Park.

The Twins stretched their winning streak to four games, matching a season-high, and gave Gardenhire his 900th career victory. Afterward, the manager hinted that Hendriks could be leaving the rotation.

The team’s minor-league pitcher of the year last season, Hendriks has a 7.04 ERA this year and is 0-7 in 12 career starts. That’s the longest career-opening winless streak in Twins history; Paul Abbott and Terry Felton each went winless in their first 10 starts for Minnesota.

“As we know, we’re ever changing with our pitching staff, and we’ll just see,” Gardenhire said. “We’ can’t make a rash decision here. So we’ll step back and see if there’s alternatives where we can get this guy pitching a little bit better.”

Until Monday, the Twins had given Hendriks minimal offensive support, scoring zero or one run in five of his starts. He hadn’t held a lead since April 20, but the Twins led this one 6-1 after chasing Tigers starter Doug Fister (1-6) in the fifth inning.

“It’s always a little bit difficult to kind of get loose after a long inning when we score a couple,” Hendriks said.

His command deserted him. Needing three outs to qualify for a victory, the Australian faced four batters in the fifth and didn’t get an out. Austin Jackson singled before Hendriks walked Quintin Berry — an absolute no-no with Miguel Cabrera and Prince Fielder coming up next. Cabrera made it 6-3 with a two-run double, and when Fielder walked, Gardenhire had seen enough.

“This kid can throw the baseball,” Gardenhire said of the 23-year-old Hendriks. “He’ll get his wins eventually here, but tonight wasn’t the night.”

Gardenhire turned to the bullpen, knowing righthander Jared Burton wasn’t available after pitching the previous two days. It was another pivotal spot for Swarzak, and he delivered. He has an 8.35 ERA in four starts this year and a 2.61 ERA in relief.

This time, Swarzak (2-4) recorded eight outs and was credited with the victory.

“I don’t mind this role,” Swarzak said. “I like coming in and getting outs.”

Delmon Young lined a ball off Swarzak’s foot in the seventh, putting two runners on base. With pinch hitter Brennan Boesch coming to the plate, Gardenhire turned to Burnett, who has a 1.77 ERA and hasn’t allowed a run since May 23.

Burnett fanned Boesch to end that threat and made it through the eighth, extending his scoreless streak to 16 innings, spanning 14 appearances.

“I can’t say enough for the job (Burnett’s) done all year,” catcher Ryan Doumit said after going 3-for-3 and reaching base five times to pace the offense.

The Tigers threatened again in the ninth against Perkins, putting runners at the corners. But the lefthander fanned Boesch with a 97-mile per hour fastball to end the game, notching his third save.

“Our bullpen did a super job,” Gardenhire said. “Every one of them did what they had to.”