Trump announces: “I will spend big” on election now

This news story was published on December 29, 2015.
Advertise on NIT • Subscribe to NIT 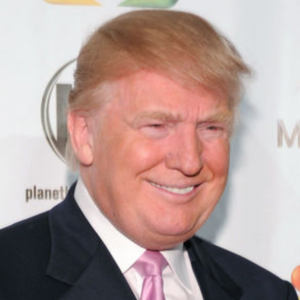 NEW YORK – Donald Trump remains in the lead in most polls for the Republican nomination for President, but is seeing some slippage. Now, he says he is ready to “spend big” as the campaign heats up.

Today, Donald Trump claimed that his campaign for President is “$35,000,000 under budget”. He says he has “spent very little” and many political pundits have marveled at his deft use of the media and shocking statements to propel himself into contention. He has run few commercials or radio spots but floods social media with updates, and makes frequent appearances in person at political rallies.

Trump announced Tuesday that his frugal ways are coming to an end, saying “Now I will spend big” in Iowa, New Hampshire and South Carolina. Those are the first three states in the upcoming Republican Presidential Caucuses, where the real candidates who are contenders for the party nomination will be separated from the pretenders.

Trump faces a serious challenge in Iowa, where Texas Senator Ted Cruz has snuck into the lead in a few recent polls, and the media has been quick to anoint him the new leader here.  Trump has done himself no favors after mocking and attacking the media, such as the Des Moines Register.  In South Carolina, Chris Christie is seen as a contender as he spends most of his time there, and he has attacked Trump regularly.  Trump has been reported by some media to be losing momentum there.

Trump will be in Council Bluffs, Iowa, Tuesday for a rally and speech.

Will an infusion of Donald Trump cash into his campaign be enough to win him the Republican party nomination and stave off the remaining challengers?

32 Responses to Trump announces: “I will spend big” on election now