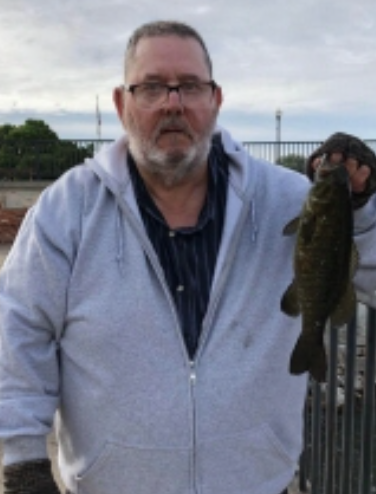 William “Bill” Tonn, 74, of Charles City, passed away Wednesday, October 26, 2022 at his home from Parkinson’s disease.

William “Bill” Tonn, 74, of Charles City, passed away Wednesday, October 26, 2022 at his home from Parkinson’s disease.

A funeral service for Bill Tonn will be held at 1:30 p.m. on Monday, October 31, 2022 at Hauser Weishaar Funeral Home in Charles City. Burial will be at Riverside Cemetery in Charles City.

Visitation will be at Hauser Weishaar Funeral Home from 2:00 to 4:00 p.m. on Sunday, October 30, 2022 and will continue one hour before the service at the funeral home on Monday.

Bill enlisted in the Marine Corps in 1967 and attended boot camp in San Diego. Even though his brother Mike was already in Vietnam, in 1968, Bill signed a waiver to go to Vietnam to fight for his country. He was wounded in the battle for Huey City and received a Purple Heart for his wounds. He was an Infantryman (0311) and received two meritorious promotions during his thirteen-month tour. He served with the 1st Marines, 5th Marines and 27th Marines. While in Vietnam he was sprayed several times with Agent Orange which ultimately cost him his life from Parkinson’s Disease and other various health issues including PTSD. After he got sick, he always thought that he was killed in Vietnam and that he just hadn’t died yet. Even though Vietnam Veterans were not treated very well he was always extremely proud of his military service. Bill received his Quilt of Valor in March of 2022, and it was a very meaningful experience for him. He was a lifetime member of the VFW, American Legion and the Mayflower Society.

As a young boy his favorite pastime was fishing which continued throughout his adult life until a couple months ago when his legs became too weak to walk. Throughout his early years you would see him fishing below the Beauty Dam standing in the middle of the river. After the dam was removed in 2010, he moved his fishing to the Main Street Bridge Dam where you would find him every morning in Mill Park fishing next to the dam. He always enjoyed visiting with all the people who would take the time to stop and talk to him. He continued to catch fish even when others did not catch anything. Bill would smile, bragging that he had little tricks that kept the fish biting.

He was preceded in death by his parents; his brothers: Michael Tonn and Donald Klock; his sister-in-law, Kathy Gerkins; brother-in-law, Chuck Vandeventer; and son-in-law, Ernesto Gurule.