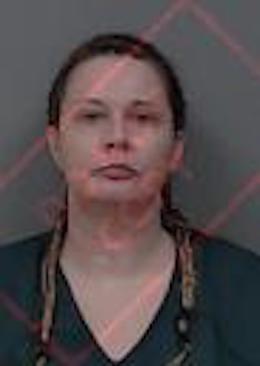 CEDAR RAPIDS – A former mental health therapist and licensed independent social worker who was employed by Polk Alternative Education Center in Cedar Rapids, Iowa, who pursued a romantic relationship with a fourteen-year-old student from 2019 to 2020, was sentenced today to more than eleven years in federal prison.

Miranda Breeden, age 46, from Monticello, Iowa, received the prison term after a July 13, 2021 guilty plea to one count of enticement of a minor.

At the guilty plea, Breeden admitted that between November 2019 and January 2020, she knowingly enticed a minor to engage in illegal sexual activity.

At the sentencing hearing, evidence was presented that messages between Breeden and the fourteen-year-old victim began in November 2019. In December 2019, Breeden agreed to purchase a firearm for the teenager and did purchase a firearm at Theisen’s. Also in December 2019, Breeden took the victim and his minor friend to her parent’s residence in Scotch Grove, Iowa, for an overnight stay where they used a hot tub, smoked marijuana, and discharged firearms. In January 2020, Breeden checked into at least two hotel rooms with the victim and his minor friends in the Cedar Rapids area, and attempted to check into a third hotel room at the Isle of Capri casino in Davenport, Iowa. During this same time period, Breeden also rented and stayed in another hotel room with the minor’s brother, and his minor friend. The investigation revealed that Breeden had sex with the minor victim while in hotel rooms, inside her personal vehicle, and during school hours in her locked office. During the above described time period, Breeden was employed as the victim’s mental health therapist at the Polk Alternative Education Center in Cedar Rapids.

At the sentencing hearing, the judge called Breeden’s behavior “horribly egregious” and stated that providing a deadly weapon to a child was both reckless and dangerous.

Breeden was sentenced in Cedar Rapids by United States District Court Judge C.J. Williams. Breeden was sentenced to 135 months’ imprisonment and fined $100. She must also serve a 5-year term of supervised release after the prison term. There is no parole in the federal system.

Breeden is being held in the United States Marshal’s custody until she can be transported to a federal prison.

The case was prosecuted by Assistant United States Attorneys Liz Dupuich and Ashley Corkery and investigated by the Federal Bureau of Investigation and the Cedar Rapids Police Department.