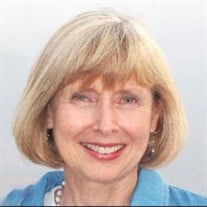 Dianne Kathleen (Brunsvold) Ellis died on March 12, 2022, surrounded by her family in the beautiful home she provided for her loved ones in Alaska.

Graveside Committal services will be held 2:00 p.m. Friday, May 20, 2022 at Elk Creek Lutheran Church, 4108 Killdeer Ave, Kensett, IA with Rev. Linda Johnson Prestholt officiating.
She will be laid to rest in Elk Creek Lutheran Cemetery. A time of memories and fellowship will follow in the Fellowship Hall.

Dianne was happiest being with her family, meditating on scripture, paging through cookbooks, harvesting her garden, and caring for family, friends, those in need and anyone who just needed a little cheering up. Her striking beauty seldom went unnoticed. She was a woman of persevering strength and adventure, even while battling lung cancer towards the end of her life. She was an exceptional mother and a devoted wife.

Dianne was born in Mason City, Iowa, on Nov. 30, 1945, to her loving parents, Eldren and Rachel Brunsvold. She grew up on a farm in Kensett, Iowa, where her nurturing spirit got its start by reviving baby pigs in the family oven. In her farmhouse, her family’s Norwegian heritage ran as deep as a crock full of lutefisk. The farm was a center point for her extended family, where mischief and numerous adventures were had. She and her siblings – Dick, Mark, Christine and Dave – were baptized and confirmed a few miles down the road at Elk Creek Lutheran Church, where her deep faith was formed.

After high school, Dianne set off on a series of adventures, including taking the train across the country by herself to study nursing at Pacific Lutheran University, which was close to her beloved aunt Thora – a kindred spirit. She then gradually migrated east to Philadelphia, joined the U.S. Navy, and took care of amputee victims from the Vietnam war. She ultimately obtained her masters in pediatric nursing from the University of Wisconsin. Her kindness, beautiful smile and empathy made her an exceptional nurse. Her sense of adventure brought her to Alaska in 1974, again by herself, and she became an itinerant public health nurse in Ketchikan, flying to bush villages where she was frequently the sole medical provider. She later became an elementary school nurse at several schools in Anchorage.

While in Ketchikan, she met Stephen Ellis, her husband of 47 years. She married him within three months of their first meeting, sensing his upstanding character immediately. He was beside her throughout her life, supporting, advocating and caring for her, navigating hope and sorrow with her, and sharing in her deep faith in Christ. During her last day, she called him her “protector.” Their strong marriage was the foundation for starting a family together in Anchorage, leading to the birth of their three children.

Dianne’s family was her crowning possession. She was very proud of them. Stephen’s grandmother told a story about a relatively poor woman who, when asked by a rich man as to where her jewels were, pointed to her children and proudly said: “These are my jewels!” That was Dianne. She was the epitome of kindness and humility. She showered her husband, children, their spouses and eight grandchildren with chocolate chip cookies – hers were exceptional – as well as homemade bread, raspberry jam, lefse, piping hot soup, fresh garden salads and her mother-in-law’s famous spaghetti sauce. Her unconditional love to her family was reciprocal, demonstrated by her son, Joe, providing his own liver during a transplant that prolonged her life in 2016. Dianne wouldn’t hesitate to fly across the country to take care of her loved ones. She constantly gave and expected nothing in return. In fact, if you gave her a complement on her jacket, she’d likely give it to you. Further, she loved to take anyone she could find to Stewart’s Photo – she was a co-owner – to show off Mrs. Stewart’s rock collection, or give them a tour of her apple orchard, vegetable garden or flower beds, and send them home with loads of produce. She is deeply missed.