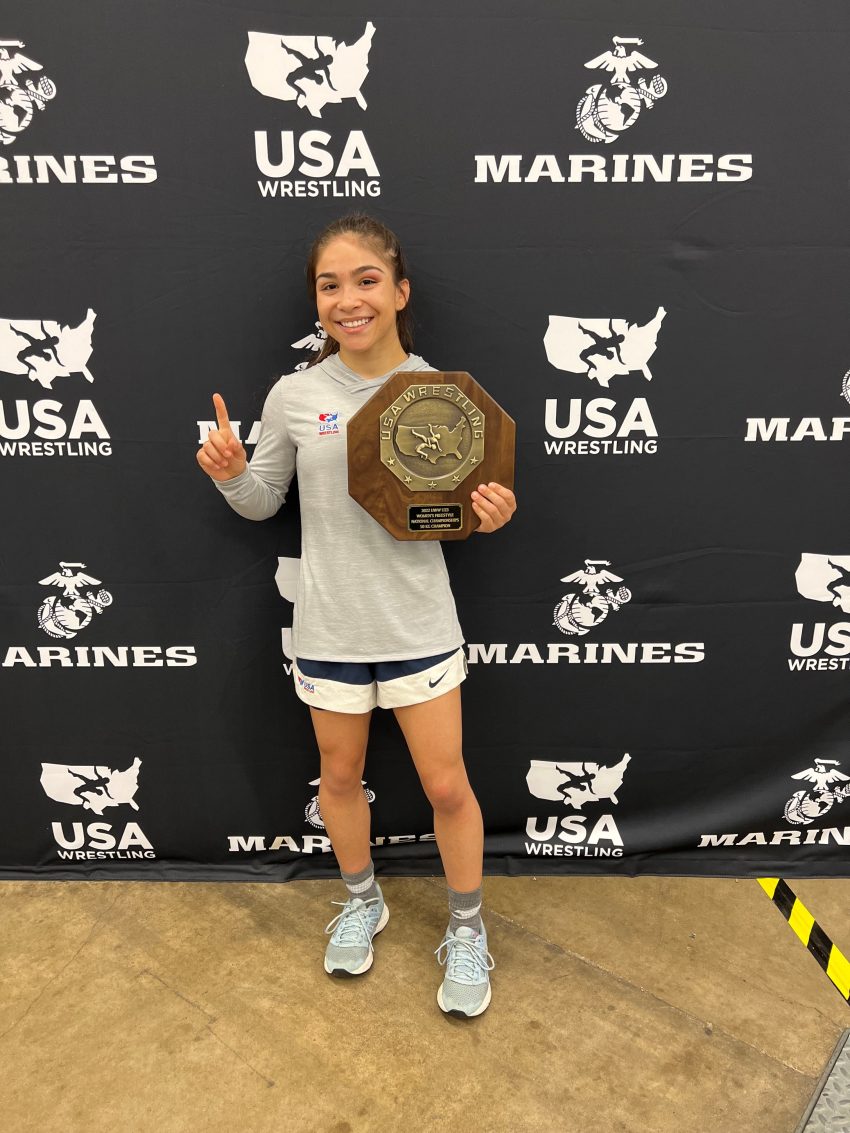 Valencia opened with a fall before winning 10-0 in her quarterfinal bout. The Morgan Hill, California, native followed with an 8-5 victory over NCAA national champion and Junior World Champion Emily Shilson from Augsburg to reach the finals.

In Sunday’s best two out of three title match, Valencia downed Nina Pham, an NAIA National Champion from Wayland Baptist, 19-8 and 10-0, to win the title.

The performance came on the heels of Valencia’s third place finish in the U20 bracket. After falling in the round of 16, Valencia won six straight matches to place third overall.

Valencia’s performance capped off a strong weekend by future Hawkeyes. Reese Larramendy won the U20 65kg weight class to earn a spot on the U20 USA World Team; Nanea Estrella was the 59kg runner-up to grab a spot on the Pan American team.