CEDAR RAPIDS – A Chicago drug dealer who led Iowa cops on a high‑speed chase that ended with his car on its hood and his gun, heroin, fentanyl, and cocaine in the snow, pled guilty in federal court in Cedar Rapids.

Richard Allen Roberts, age 39, from Chicago, Illinois, was convicted of one count of distributing crack near a playground and one count of being a felon in possession of a firearm.

In a plea agreement, Roberts admitted that he sold about a half gram of crack cocaine to a confidential informant near Jefferson Park in Dubuque on January 26, 2021. About a week later, police tracked Roberts’s car from Dubuque to Chicago. When he returned to Iowa on February 5, 2021, officers stopped the car after it crossed the bridge into Dubuque from Wisconsin. A narcotics K9 alerted to the odor of narcotics coming from Roberts’s vehicle. After an officer asked Roberts to get out of his car, Roberts put the car in gear and fled. During the subsequent chase, Roberts’s vehicle reached speeds over 80 miles per hour and collided with a snowplow but kept going. Roberts eventually lost control of his car approximately three-and-half miles away in Illinois, flipping the car over onto a snow‑filled median. When the car was turned back over, officers found a plastic bag containing about 32 grams of powder cocaine, 44 grams of crack cocaine, over 9 grams of heroin, and 1.5 grams of heroin and fentanyl. Next to the bag was a Smith & Wesson 9mm pistol. Roberts had previously been convicted of 11 felony crimes in Illinois.

The case was investigated by the Dubuque Drug Task Force is being prosecuted by Assistant United States Attorney Dan Chatham. 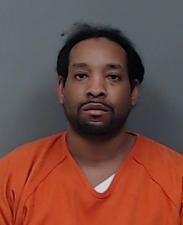