This news story was published on June 21, 2021.
Advertise on NIT • Subscribe to NIT

SIOUX CITY – A Fort Dodge man who assaulted an officer with a brick and distributed crack cocaine and illegally possessed firearms was sentenced June 16, 2021, to more than 11 years in federal prison.

Evidence at the plea and sentencing hearings showed that the day after Mosley’s arrest and release on state charges stemming from his possession of drugs and guns, Mosley was again caught with drugs and a gun. Law enforcement agents caught Mosley driving a vehicle, and ultimately seized small amounts of marijuana and methamphetamine, powder cocaine, and crack cocaine from Mosley’s pockets. Mosley’s identification, items indicative of drug distribution, more crack cocaine, methamphetamine, and a loaded 9mm handgun were found and seized from the vehicle Mosley was operating. Mosley intended to distribute some or all of the cocaine to another person or persons, and used the firearm to protect his drugs and himself during drug trafficking activities. Evidence further showed that when law enforcement attempted to serve the federal arrest warrant for this case on Mosley, Mosely assaulted an officer with a brick.

Mosley was sentenced in Sioux City by United States District Court Chief Judge Leonard T. Strand. Molsey was sentenced to 138 months’ imprisonment. He must also serve a 4-year term of supervised release after the prison term. There is no parole in the federal system. Mosley is being held in the United States Marshal’s custody until he can be transported to a federal prison. 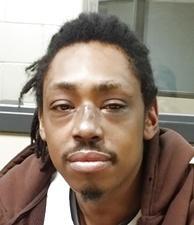