This news story was published on June 21, 2021.
Advertise on NIT • Subscribe to NIT 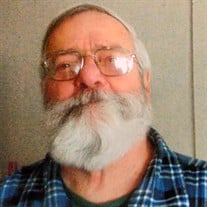 Dennis was born on September 25, 1948 to Kenneth and Mary (Sweet) Cook in Charles City, IA. Dennis and his wife of 51 years, Nikki (Jones) Cook, have resided in Thornton where they raised their children, Chad (Chris), Lori and Scott (Jill) Cook.

Dennis is the brother of Karla Holtz and Barbara Forbes. He is the grandfather of Josh (Kelcey) Henley, Steven (Ariel) Cook, Suzi (Eric) Welsh, Jayson (Deva) Cook, Collin Cook, Kellan Cook-Thomas, Sophie Cook and Stella Cook. He is the great-grandfather of Aurora Cook, Jackson Henley and Grace Welsh. He is the brother-in-law of Judy and Robert Veselis. Other family members are Lisa and Dennis Heitland.

We are thankful for Dennis’ life and the love and support he gave to all of us. He will be missed by all who love him.

Dennis will be cremated and a private Celebration of his life will be held by his family at a later date.