CEDAR RAPIDS – Police found a convicted Iowa felon with a loaded antique firearm while on escape status from the Waterloo Residential Correctional Facility, leading to more than two years’ in federal prison.

Mopreme Vychon Todd-Harris, age 21, from Hiawatha, Iowa, received the prison sentence after a February 7, 2020 guilty plea to being a felon in possession of ammunition. In 2017, Todd-Harris was convicted of burglary 3rd degree, a felony conviction. The conviction prohibited him from legally possessing a firearm or ammunition.

Information disclosed at sentencing and in his plea agreement showed that on July 21, 2019, Waterloo police officers observed Todd-Harris, who officers knew to have an outstanding warrant for his arrest, in public with a group of other people. Officers approached Todd-Harris and saw a gun in his right hand. The gun was loaded with live rounds of ammunition, though the gun was later determined to be an antique. The warrant for Todd-Harris’s arrest was because he had previously escaped from the Waterloo Residential Correctional Facility. 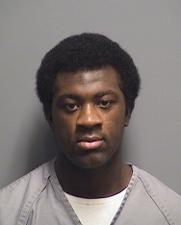