This news story was published on October 15, 2018.
Advertise on NIT • Subscribe to NIT 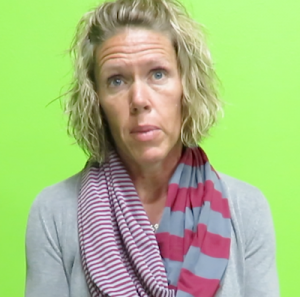 Natasha Lewerke, seeking to be the next Treasurer of Cerro Gordo county

MASON CITY – In an interview with NorthIowaToday.com, Natasha Lewerke, a candidate for Cerro Gordo County Treasurer, has apologized for distasteful emails that she sent while an employee in the office for which she seeks to lead, and also leveled allegations of her own about the goings-on there.

This interview is in response to a front-page story in the Sunday Globe Gazette in which emails Mrs. Lewerke sent and traded with other employees in the Treasurer’s Officer were scrutinized. The emails were distasteful, possibly demeaning to other employees and she says, not intended for others to see. The Globe Gazette published the hurtful material, thereby allowing the public – and those who were the subject of the material in those emails – to see and digest the contents.

In the following interview conducted at NIT Headquarters, Mrs. Lewerke meets the email controversy head-on and also levels allegations of possible questionable conduct or performance in the Treasurer’s Office, where she was an employee for 10 years: