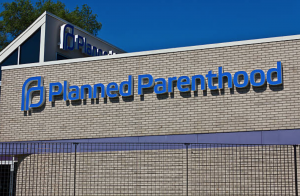 BETTENDORF, IA – After nearly two decades of providing what it calls “expert, compassionate reproductive and sexual health care” in the Quad Cities, on Friday, December 29, 2017, Planned Parenthood of the Heartland (PPHeartland) will officially close their Bettendorf, Iowa location, a move directly resulting from defunding by “extreme” Iowa lawmakers.

“Gov. Kim Reynolds and anti-woman lawmakers forced us to make some extremely difficult changes this year in order to continue providing care for as many patients as possible. It is as devastating today as it was last spring to announce that we are no longer able to serve our patients in Bettendorf,” said Suzanna de Baca, PPHeartland president/CEO. 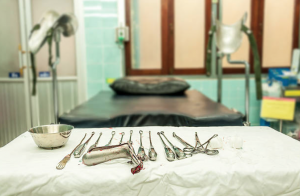 Since July, patients choosing to continue receiving their care from Planned Parenthood have had to travel over 60 miles to the nearest remaining location in Iowa City. While opponents attempted to highlight other area providers who could absorb Planned Parenthood patients, many women were left with nowhere to go for care.

“It is absurd that politicians have forced women to travel hours out of their way in order to access basic health care. They attempted to feed Iowans this lie that there are plenty of other places to go for the same care – but women know the truth. Since 1999, thousands of women in the Quad Cities have chosen Planned Parenthood because we offer a standard of expert, nonjudgmental care unmatched by other providers,” de Baca said.

Planned Parenthood points to a February 2017 Des Moines Register poll, which showed that 77% of Iowans – including 62% of Republicans and evangelical Christians – support public funding for Planned Parenthood’s family planning services, which include birth control, STD testing and treatment, HIV testing and prevention, cancer screenings, and other basic reproductive and sexual health care.

Planned Parenthood says they “are confident that the majority of commonsense Iowans already see firsthand the devastating harm these politicians have caused by ruthlessly pursuing their radical, personal agenda to ‘defund’ Planned Parenthood. We urge our communities to hold accountable the elected officials who attacked their health care.”

“While politicians may have abandoned women in Iowa, Planned Parenthood never will,” de Baca said. “We will persist in providing high quality reproductive and sexual health care – no matter what.”

Due to a cut in funding from the Iowa Legislature in the last session, Planned Parenthood announced this past spring it would close clinics in Quad Cities, Burlington, Keokuk and Sioux City.