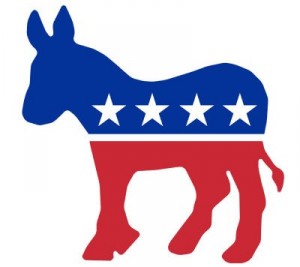 The following is an update on possible legislative topics from Iowa Democrats:

State Budget Out of Balance Again

For the fourth time in a year, the state budget is out of balance.

The state’s nonpartisan Revenue Estimating Conference (REC) created new revenue estimates for the current fiscal year (FY18) and next year (FY19). According to their estimates, revenues for FY18 will be $7.237 billion. That is $127 million lower than their last estimate and represents 0% growth compared to last year.

This new estimate is approximately $30 million less than the Legislature’s FY 2018 appropriation, and that figures grows to $35 million after taking into account reversions and the Governor’s $13 million transfer from the Economic Emergency Fund to balance the FY 2017 budget.

The lower estimate means the FY18 budget approved by Gov. Reynolds and Republican lawmakers spends more than the state is taking in and is no longer balanced. At this point in time, the Legislature doesn’t need to come back for a special session, but it’s possible that budget adjustments or cuts will need to be made when the Legislature convenes in January.

The REC’s estimate for FY 2019 was more positive as they estimated FY 2019 total revenue to grow by 4.1%, which equals $7.536 billion. The Governor and Legislature will be using the REC’s estimate from their upcoming December 11 meeting to create their respective FY 2019 budget proposals.

Problems with Iowa’s Medicaid privatization system continue to grow as over 200,000 Iowans are being forced to switch companies that manage their health care in less than 30 days.

The huge change comes after AmeriHealth Caritas, one of the three for-profit companies managing Medicaid privatization, announced it was withdrawing from Iowa on December 1 after losing hundreds of millions in Iowa during the last year and a half. Currently, AmeriHealth manages the health care of nearly 215,000 Iowans.

Many Iowans and health care providers are concerned that the change is occurring in a very short time period because AmeriHealth manages the most individuals who require long-term health care support and services, including some of Iowa’s most vulnerable citizens.

In addition, many members and providers are concerned about the timeline because not all providers have contracts with United Health Care or Amerigroup, the only two private companies that remain in Iowa. This could result in additional delays or denial of services for patients and providers. Even before this change, many providers expressed issues with timely payments and complete payments for provided services.

The announcement came just days before the Legislative Health Policy Oversight Committee met. The Reynolds Administration told lawmakers AmeriHealth decided to leave Iowa at the end of September, but kept it secret until October 31, 2017. Despite all the struggles Iowans are facing with privatization, lawmakers also learned the Reynolds Administration has agreed to increase rates for the remaining two out-of-state, for-profit managed care companies (MCO).

The Reynolds Administration plans to issue a request for proposal to contact with a new MCO beginning July 1, 2019.

Legislation passed during the 2017 session established a fund for the professional development of computer science teachers and a task force to make recommendations on changes to computer science education in Iowa.

The Computer Science Professional Development fund will be used for tuition reimbursement for educators seeking endorsements or certifications in computer science. The group recommended that available funds be competitive with priority given to districts that will expand computer science and expand participation of underrepresented students. Funds would distributed evenly across small, medium and large districts and geographically.

Due to three recent tree stand falls by Iowa hunters, the Iowa DNR provided the following tips for making your tree stand and hunting trip both safe and successful.

Three point rule – always have three points of contact to the ladder or steps before moving. Make sure to check the security of each step before putting any of your weight on it.
Try to hunt with a buddy. If you do go alone, make sure to let others know your exact hunting location and the time you are planning to return.
Always wear a safety harness when you are in your tree stand.
Attach a safety strap to the tree so if you do fall, it won’t be for more than 12 inches.
Make sure to follow all instructions and directions provided by the manufacturer when setting up your stand.
Bring devices such as a cell phone, walkie-talkie, whistle and flashlight to the stand with you. Make sure you have them within arm’s reach at all times.
Tree selection – select a straight tree that is within the size limits recommended in your stand’s directions.
When bringing up your gear to the stand, make sure to use a haul line and to unload your firearm or bow of all bullets and arrows.
Never leave the stand in a tree for more than two weeks to prevent damage from changing weather conditions.
For more information regarding safety tips and hunting information, please visit http://www.iowadnr.gov.
Executive Branch Appointees under Investigation

An Iowa couple appointed to work in the executive branch by the Reynolds-Branstad Administration are under review by Iowa’s Campaign & Ethics Board after failing to disclose they are also working for the government of Saudi Arabia to influence U.S. lawmakers.

Connie and Kim Schmett, who hosted a fundraiser for Governor Kim Reynolds in October, were paid more than $100,000 by Saudi Arabia to lobby against federal legislation that would have allowed victims of the 2011 terrorist attacks to bring civil lawsuits against the nation. Saudi Arabia is thought to have supported the hijackers.

Connie Schmett was appointed by the Reynolds-Branstad Administration to the Hospital Facilities Council while Kim Schmett was appointed chairman of the Iowa Employment Appeal Board. Connie omitted her role with Schmett and Associates on her disclose form with the Governor’s office. The couple is also accused of misleading veterans by flying them to Washington D.C. on a lobbying trip and failing to reveal the source of the funding.

While Governor Reynolds did acknowledge the Iowa Campaign and Ethics Board is reviewing the matter to see if any laws were broken, and has now donated their contribution to charity.

Drought Conditions Improve Across the State

A wet October has improved shallow groundwater and drought conditions across the state, according to the Iowa Water Summary Update. The state recorded the 4th wettest October on record. The total precipitation was more than double the historic monthly normal.

“There are some dry areas in southeastern Iowa, and subsoil moisture has not fully recovered in that part of the state. However, hydrologic conditions across most of Iowa are pretty good headed into the winter,” says Tim Hall, the DNR’s Hydrology Resources Coordinator.

Streamflow conditions are above normal for some areas of the state, but little flooding occurred across the state with the large rainfalls. There are above normal stream flows in most of Western Iowa and in the northeastern part of the state. The report notes that the dry conditions leading into the month and the spacing of the rain events likely prevented any flooding.

Water Summary Updates can be found at http://www.iowadnr.gov/Environmental-Protection/Water-Quality/Water-Summary-Update.