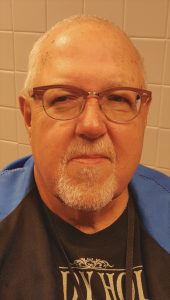 MASON CITY — Tom Thoma has announced he is a candidate for the at-large seat on the City Council in the Nov. 7 election.

He is seeking the seat being vacated by Bill Schickel, who is running for mayor.

“As a strong independent voice for residents, I want to make city government as easy to access as possible, and make sure people know we’re there to help them,” he said. “City Hall is more than bricks and mortar. It’s the headquarters of a city government with good people in key positions. We’ll focus on saying ‘yes we can’ when people come to us with ideas and issues.”

In a news release, Thoma said he has been to nearly every council meeting since February.

“During that time, and before that from my position at the Globe, I have admired the progressive attitude and vision of this council,” he said. “Bill’s decision to run for mayor seemed to create a perfect opportunity for me to step in. I see this as an opportunity to help keep the momentum going.”

In a sense, Thoma said, being a councilman is a continuation of his life’s work in the newspaper business.

“Whether as a reporter or editor, I was able to listen to residents, gather their information, review what they said and present their story in logical order with logical conclusions, ” he said. “I envision being a council member in much a similar fashion: Listen to all sides, digest the facts and make what hopefully will be the best decision possible.

“It won’t always be easy, but working together we can do great things.”

Among his focal points will be approval of the River City Renaissance project, continued strong public safety, job development, working with schools and Mercy Medical Center-North Iowa to help them attract the best people and continued implementation of quality-of-life attractions such as the recent trails program. “And living with a disability all my life, I will be especially aware of issues affecting those with special challenges in our community.”

Thoma can be reached at 920-412-6629 or by email at tcthoma21@gmail.com. He promises an active campaign and innovative ways of reaching voters throughout the community.

“I am eager to address service clubs and other organizations big and small,” he said. “I have the time. Hopefully residents believe I have the ability to work for them and will show that Nov. 7.”

Thoma is a 1967 graduate of Mason City High School, 1969 graduate of NIACC and 1971 graduate of Drake University. He joined the Globe Gazette full-time in the fall of 1971 after working there part-time since his junior year in high school.

He is a volunteer at the Surf Ballroom and a member of the Wright On the Park board of directors. He has been active in Park Watch and other civic activities.