MASON CITY – A Mason City man who was jailed on felony charges when police discovered an injured and unresponsive infant has entered a not-guilty plea in the case.

On June 22, 2017 at 9:39 PM, Mason City police officers and medics responded to the 1700 block of South Coolidge Avenue on a report of a 5-month-old infant that was unresponsive and had difficulty breathing.

A joint investigation by the Mason City Police Department, Iowa Division of Criminal Investigation and the Iowa Department of Human Services into the incident resulted in the arrest of 27-year-old Jeremy Walter Rose of Mason City. Rose was arrested in the 2500 block of South Jefferson Avenue evening and transported to the Cerro Gordo County Jail.

This month, Rose and his public defender entered a not-guilty plea. He is now scheduled for a jury trial on September 26, with a pre-trial conference set for September 12. 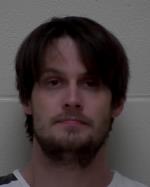