NEWTON, IOWA – A Charles City man is behind bars, accused of the murder of a man in Jasper county.

On Monday, March 6, 2017, Ramirez Berber was discovered deceased inside his residence. The residence was located at 4252 Maple Street in rural Jasper County. On March 8, 2017, the Office of the Iowa State Medical Examiner located in Ankeny, Iowa conducted an autopsy on Ramirez Berber. The autopsy results determined the cause of death was blunt force trauma and the manner of death was ruled a homicide.

No further information is available at this time, said Special Agent in Charge Michael Motsinger, out of Des Moines.

Linderman is listed as an Iowa sex offender for a 2001 third-degree sexual abuse crime in Floyd county against a female victim over the age of 18. 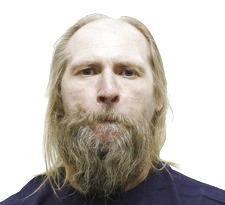