MASON CITY – Some people just never learn, and this Mason City man has now attacked a person in a domestic situation for at least a fourth time and faces a felony – again.

The incident took place Saturday, December 17, 2016. A victim fled the scene where 34-year-old Cory Lee Craig had inflicted physical harm and refused to let the victim leave. Mason City police were called and later apprehended Craig. He was charged with felony domestic assault due to the fact he has been charged at least three times earlier with that offense. Due to his alleged act of confining the victim and refusing to allow the victim to leave, he was charged with false imprisonment.

A former victim told NIT “I was the one he attacked (previously) and now he has done it to another girl. From what I have been told he threatened to kill her and her friend as he held them hostage. I wanted to tell u of this story.” She included other information that NIT won’t publish.

Earlier this year, Craig was convicted of drug possession. 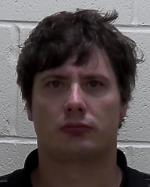