This news story was published on October 6, 2016.
Advertise on NIT • Subscribe to NIT

SAC CITY, IOWA – A Hampton woman who was caught and arrested after she allegedly used a pickup truck to try to run down a police officer says she’s not guilty and will stand trial in December.

On Monday June 6th, 2016 the Sac City Police Department was informed that 36-year-old Ryan Minteer of Steamboat Rock, Iowa was possibly located in Sac City and that he had an active warrant for his arrest out of Marshalltown, Iowa. The police department investigated this information and with the assistance of several individuals determined that Minteer was living at 730 South 13th Street and been loaned a red Chevrolet K1500 pickup to drive by a Sac City male.

On Tuesday June 7th, 2016 at approximately 10:54 P.M. a Sac City Police Officer located the red Chevrolet pickup that Minteer was possibly operating at Casey’s General Store. The officer went to investigate and located a male and female inside the vehicle. The officer determined that the male in the vehicle was Minteer by a driver’s license photo. When the officer approached Minteer he denied that he was Ryan Minteer and instead provided a false name.

Minteer failed to cooperate and obey the officers’ orders and took off running. A foot pursuit ensued from Casey’s to Main Street and then to South 14th Street. The female in the vehicle, later identified as 20-year-old Jessie Uhlenhopp of Hampton, Iowa, started the vehicle and began pursuing the officer. On South 14th Street Uhlenhopp intentionally drove the Chevrolet pickup at the officer. The officer ran towards the former Bauer Built building attempting to seek cover with Uhlenhopp still pursuing. Uhlenhopp swerved away from the officer just prior to striking the building. The foot pursuit with Minteer was terminated.

An extensive search of Sac City and the area was then undertaken to locate Uhlenhopp and Minteer. The Sac County Sheriff’s Office, Lake View Police Department and Sac City Police Department conducted this search. A short time later the red Chevrolet pickup was located in the 100 block of North 12th Street and a white GMC Sierra pickup was stopped leaving this location. Inside the GMC Sierra pickup was Uhlenhopp. Uhlenhopp was taken into custody without incident. Minteer was never located and appears to still be at large.

Uhlenhopp posted $5,000 bond and was released from jail a few days later. She entered a not-guilty plea. After a number of continuances of her trial, she will now face a pre-trial conference (possible plea deal) on December 7 and a jury trial on December 13.

Back in 2013, Minteer was stopped in Worth county by a deputy and proceeded to flee on foot from the traffic stop. A Worth County K9 tracked Minteer through a cornfield, where he was soon caught and arrested on numerous warrants and charges.  He was hospitalized at Mercy Hospital for injuries after that incident. 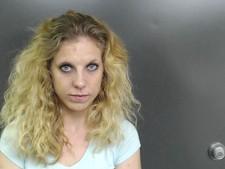 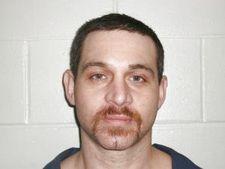