Warning: Drug that is 10,000 times more powerful than morphine being dealt in communities, feds say

This news story was published on September 25, 2016.
Advertise on NIT • Subscribe to NIT 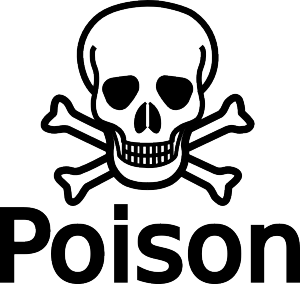 “Carfentanil is surfacing in more and more communities.” said DEA Acting Administrator Chuck Rosenberg. “We see it on the streets, often disguised as heroin.  It is crazy dangerous.  Synthetics such as fentanyl and carfentanil can kill you.  I hope our first responders – and the public – will read and heed our health and safety warning.  These men and women have remarkably difficult jobs and we need them to be well and healthy.”

Carfentanil is a Schedule II substance under the Controlled Substances Act and is used as a tranquilizing agent for elephants and other large mammals.  The lethal dose range for carfentanil in humans is unknown.  However, as noted, carfentanil is approximately 100 times more potent than fentanyl, which can be lethal at the 2-milligram range, depending on route of administration and other factors.

Carfentanil and other fentanyl-related compounds are a serious danger to public safety, first responder, medical, treatment, and laboratory personnel.  These substances can come in several forms, including powder, blotter paper, tablets, and spray – they can be absorbed through the skin or accidental inhalation of airborne powder.  If encountered, responding personnel should do the following based on the specific situation:

Exercise extreme caution.  Only properly trained and outfitted law enforcement professionals should handle any substance suspected to contain fentanyl or a fentanyl-related compound.  If encountered, contact the appropriate officials within your agency.

Be aware of any sign of exposure.  Symptoms include: respiratory depression or arrest, drowsiness, disorientation, sedation, pinpoint pupils, and clammy skin.  The onset of these symptoms usually occurs within minutes of exposure.

Seek IMMEDIATE medical attention.  Carfentanil and other fentanyl-related substances can work very quickly, so in cases of suspected exposure, it is important to call EMS immediately.  If inhaled, move the victim to fresh air.  If ingested and the victim is conscious, wash out the victim’s eyes and mouth with cool water.

Be ready to administer naloxone in the event of exposure.  Naloxone is an antidote for opioid overdose.  Immediately administering naloxone can reverse an overdose of carfentanil, fentanyl, or other opioids, although multiple doses of naloxone may be required.  Continue to administer a dose of naloxone every 2-3 minutes until the individual is breathing on his/her own for at least 15 minutes or until EMS arrives.

Remember that carfentanil can resemble powdered cocaine or heroin.  If you suspect the presence of carfentanil or any synthetic opioid, do not take samples or otherwise disturb the substance, as this could lead to accidental exposure.  Rather, secure the substance and follow approved transportation procedures.

Carfentanil is a fentanyl-related substance not approved for use in humans.  In June, DEA released a Roll Call video to all law enforcement nationwide about the dangers of improperly handling fentanyl and its deadly consequences.  Acting Deputy Administrator Jack Riley and two local police detectives from New Jersey appear on the video to urge any law enforcement personnel who come in contact with fentanyl or fentanyl compounds to take the drugs directly to a lab.

“Fentanyl can kill you,” Riley said. “Fentanyl is being sold as heroin in virtually every corner of our country. It’s produced clandestinely in Mexico, and (also) comes directly from China. It is 40 to 50 times stronger than street-level heroin. A very small amount ingested, or absorbed through your skin, can kill you.”

Two Atlantic County, NJ detectives were recently exposed to a very small amount of fentanyl, and appeared on the video. Said one detective: “I thought that was it. I thought I was dying. It felt like my body was shutting down.” Riley also admonished police to skip testing on the scene, and encouraged them to also remember potential harm to police canines during the course of duties. “Don’t field test it in your car, or on the street, or take if back to the office. Transport it directly to a laboratory, where it can be safely handled and tested.” The video can be accessed at: http://go.usa.gov/chBgh.

On March 18, 2015, DEA issued a nationwide alert on fentanyl as a threat to health and public safety.

Fentanyl is a dangerous, powerful Schedule II narcotic responsible for an epidemic of overdose deaths within the United States. During the last two years, the distribution of clandestinely manufactured fentanyl has been linked to an unprecedented outbreak of thousands of overdoses and deaths. The overdoses are occurring at an alarming rate and are the basis for this officer safety alert. Fentanyl, up to 50 times more potent than heroin, is extremely dangerous to law enforcement and anyone else who may come into contact with it. As a result, it represents an unusual hazard for law enforcement.

Fentanyl, a synthetic opiate painkiller, is being mixed with heroin to increase its potency, but dealers and buyers may not know exactly what they are selling or ingesting. Many users underestimate the potency of fentanyl. The dosage of fentanyl is a microgram, one millionth of a gram – similar to just a few granules of table salt. Fentanyl can be lethal and is deadly at very low doses. Fentanyl and its related compounds come in several forms including powder, blotter paper, tablets, and spray.

6 Responses to Warning: Drug that is 10,000 times more powerful than morphine being dealt in communities, feds say