MASON CITY – Three candidates made strong showings in Tuesday’s election in Mason City for a vacant city council seat, but only two will advance to a run-off election in December.

Andy O’Brien was the overall leader, according to unofficial results.  He had 1,428 votes.  Second-place finisher Paul Adams was right behind with 1,337.  Former councilman Max F. Weaver was narrowly left out of the run-off with 1,223 votes.  No one else had more than 140 votes. 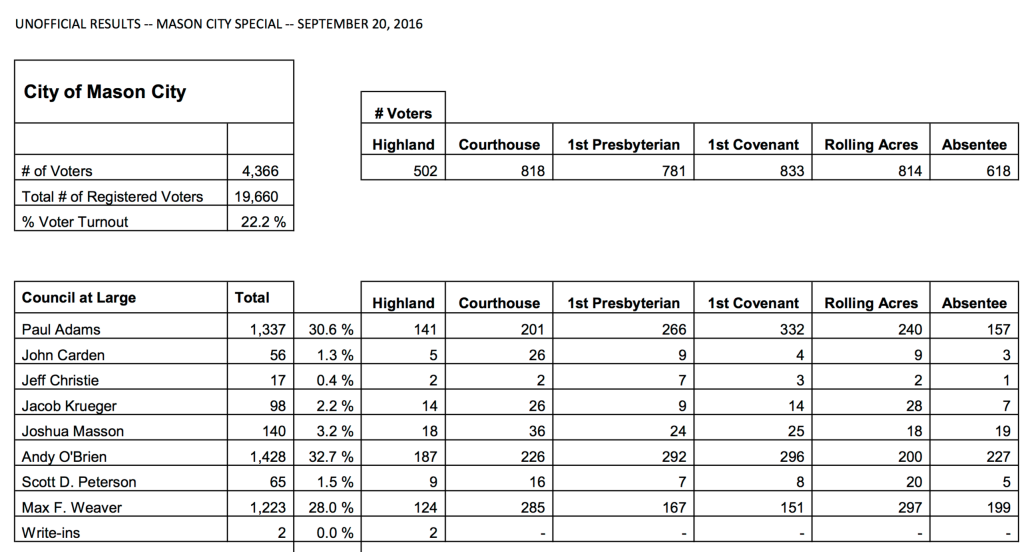