This news story was published on August 14, 2016.
Advertise on NIT • Subscribe to NIT

MASON CITY – A Mason City man is guilty for a second time of drunk driving and is serving a jail sentence.

Shawn William Urwin, age 47, was arrested back on the morning of May 29 by the Iowa State Patrol for drunk driving. In July, Urwin pleaded guilty to first-offense operating while intoxicated. He was sentenced to two days in jail and ordered to pay $1,877.50 in fines and court fees. His driver’s license was also revoked. A speeding charge was dismissed.

Urwin was caught by Mason City police back in 2002 for drunk driving and was later found guilty. He paid $1,517.00 in fines and court fees and spent two days in jail for that offense. 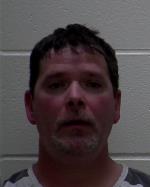