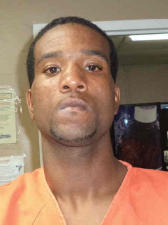 CHARLES CITY – A low-income housing complex was investigated and raided by Charles City police and other law enforcement agencies this weekend in a search for violent men and later, the source of a strong smell of marijuana.

The trouble in America’s Hometown began Friday at about 4 AM when Charles City police received a report of an assault with a weapon. Police responded to the 2200 block of Clarkview Drive, home of the low-income Morningside Apartments. Officers arrived on the scene and spoke with the reporting party outside the apartments. However, officers were unable to make contact with the people inside the apartment where the assault allegedly occurred.

As a result, the special operations group tactical team from the North Central Iowa Narcotics Task Force, Floyd County deputies, and troopers from the Iowa State Patrol responded to the scene and surrounded the area. Sources who were at or near the scene described the law enforcement response as a “swat team” with a military-like van. Another source told NIT that the law enforcement responders were “going 100 miles per hour” that morning on the Avenue of the Saints between Floyd and Charles City, racing to the scene to assist.

Another person told NIT that she saw “a woman and two children come out” of an apartment there and were taken elsewhere.  “But I didn’t see the guy come out I missed that. There were so many damn cop cars.

“The SWAT team went in and there was like 10 people going in the (apartment).  The SWAT team got (a man) and put him in custody.  Then the cops took him.”

“I was not allowed to go out my front door if I wanted to leave I had to go out my back door,” a woman who lives at the apartment complex said.  “Yeah a lot of people were leaving the parking lot in crack view.”

As a result of the law enforcement response, Tyrone T. Reno, age 24 of Chicago, Illinois, was arrested and charged with class D felony willful injury for allegedly cutting another person with a knife. After further investigation, Gregory Floyd, age 42 of Charles City, was also arrested and charged with aggravated misdemeanor domestic abuse assault.

A search warrant was then executed at the apartment where the assault took place and several items were seized in the investigation.

The next morning, at about 1:04 AM, Charles City police were called back to the Morningside Apartments to investigate a “strong smell of marijuana”. However, police could not pin-point the actual source of “the smell” and left with no arrests.