This news story was published on December 31, 2014.
Advertise on NIT • Subscribe to NIT 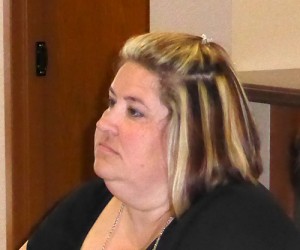 MASON CITY – A Mason City woman who works at a for-profit college that has been accused of misleading and even ripping off students is up for re-appointment to the virtually-defunct Human Rights Commission.

Julie Valencia has been nominated by Mayor Eric Bookmeyer to serve a second term on the city’s Human Rights Commission.  The commission used to work in conjunction with the now-scuttled Human Rights Department to intake cases from Mason City citizens who claimed their human rights were violated.  The commission would then work with the department to investigate the claims and bring resolution.  The commission now does none of that.  Many now say the commission is working with Bookmeyer and his political allies to slowly put what is left of the Human Rights agency (only the commission is left) either completely out of order or to put it under the control of businesses with ties to the Chamber of Commerce and big landlords – the very people whom most of the previous complaints were brought against.

“The common person doesn’t have a chance now,” said one Mason City citizen.  “The fox is guarding the hen house.  What a disgrace this has become.”

As for Julie Valencia, she works at a for-profit college, called Kaplan University, an outfit befuddled with complaints by current and former students all across the country.  The for-profit college industry has been challenged by lawmakers at the state and local level for preying on Americans, even military folks.  The last complaint filed on the Better Business Bureau’s website claims to be by a student, who pleads with others that “Kaplan needs to be stopped! There are countless complaints throughout the internet that describe how this university is a complete fraud”.

In Kaplan’s case, the Better Business Bureau warns consumers that “There is an alert for this business!” in bright red letters on its web site.

The warning says that the Florida Attorney General office entered into a settlement with Kaplan following the office’s investigation into the school’s enrollment and marketing practices and allegations that students were misled by marketing claims. During the course of the investigation, Kaplan voluntarily waived tuition and fees for more than 2,400 Florida students at a cost of more than $6,000,000. Kaplan has also agreed to offer retraining to eligible students and establish an expedited arbitration process for students who have asserted claims against the school.

Valencia was not one of the Human Rights commissioners that were sued by former director Lionel Foster.  Rather than face a potentially extremely embarrassing court hearing where untold dirty laundry would most definitely be aired publicly, the city’s insurance company worked hard for a massive settlement of $240,000.   Two of the now-disgraced commissioners – Steve Palmer and Mark Stanton – are still on board and have made no gesture to resign.

However, Valencia was one of the main organizers of a Human Rights “symposium” held in October.  Elected officials were in attendance, and paid state employees were the two main speakers; they drove to Mason City from Des Moines on the taxpayer’s dime.  Valencia worked in conjunction with Robin Anderson at the Mason City Chamber of Commerce to hold the event on the third floor of the Chamber’s office building over the noon hour, a difficult place and time for many working citizens to attend.  They also initially demanded $10 for citizens to gain access to the symposium.  Valencia later claimed it was all a big misunderstanding and that anyone could get in for free, despite the city’s website displaying the $10 fee all the way through the date the event was held.