CEDAR RAPIDS – A Wisconsin man who transported a minor into Iowa to engage in sex acts pled guilty on November 3, 2014, in federal court in Cedar Rapids.

At the plea hearing, Heath-Lowther admitted that, between December 2013 and February 2014, he traveled from Wisconsin to Iowa for the purpose of engaging in illicit sexual conduct and transported a minor from Iowa to Wisconsin with the intent to engage in criminal sexual activity.

Sentencing before United States District Court Chief Judge Linda R. Reade will be set after a presentence report is prepared. Heath-Lowther was taken into custody by the United States Marshal after the guilty plea and will remain in custody pending sentencing. Heath-Lowther faces a mandatory minimum sentence of 10 years’ imprisonment and a possible maximum sentence of life imprisonment, a $500,000 fine, a $200 special assessment, and at least five years and up to life on supervised release following any imprisonment.

This case is being prosecuted by Assistant United States Attorney Mark Tremmel and was investigated by the Federal Bureau of Investigation, the Platteville, Wisconsin, Police Department, and the Maquoketa Police Department. 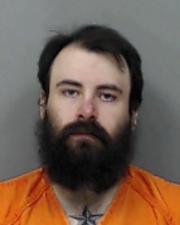