Yann Len, age 58 pled guilty on June 9 to third or subsequent offense public intoxication. Yann was sentenced to 30 days in jail and fined $625.00.

On June 21 ay about 4:44 PM, Mason City police officers were dispatched to 431 South Fillmore Avenue for an unwanted subject – who turned out to be Lem – who was causing problems. Lem had left before officers arrived, but he was located later. Lem was arrested for public intoxication and criminal trespassing. 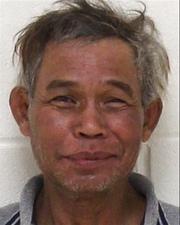