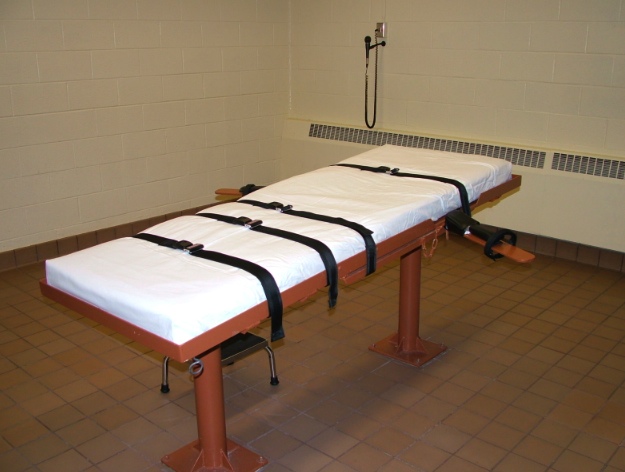 OKLAHOMA CITY – Oklahoma Governor Mary Fallin this evening issued a stay of execution for one inmate after prison officials said another inmate’s veins collapsed during an earlier execution procedure.

“I have asked the Department of Corrections to conduct a full review of Oklahoma’s execution procedures to determine what happened and why during this evening’s execution of Clayton Derrell Lockett,” said Fallin. “I have issued an executive order delaying the execution of Charles Frederick Warner for 14 days to allow for that review to be completed.”

Lockett’s execution was halted when it appeared the lethal injection administered to him was ineffective. He remained unconscious and passed away in the execution chamber at 7:06 p.m.

USA Today reported that eyewitnesses said that Lockett, 38, “struggled violently, groaned and writhed after lethal drugs were administered by Oklahoma officials”.  Another report stated that he called out “man” and “something’s wrong,” and writhed and twitched in agony twenty minutes after the procedure began.

The governor issued an executive order granting a 14-day stay for inmate Warner, who was scheduled to be executed two hours after Lockett’s procedure began. Warner’s execution is scheduled for May 13.

As a result of the Oklahoma Supreme Court dissolving its stay of execution for two inmates, Governor Mary Fallin said on April 24 that the state is proceeding with plans to execute both men by lethal injection on Tuesday, April 29.

The Oklahoma Supreme Court ruled on April 23 that the rights of inmates Clayton Derrell Lockett and Charles Frederick Warner were not being violated. The court’s ruling means that the executions of the two convicted murderers can proceed.

“This ruling shows that our legal system works,” said Fallin. “The defendants had their day in court. The court has made a decision. Two men that do not contest their guilt in heinous murders will now face justice, and the families and friends of their victims will now have closure.”

The state Department of Corrections worked on specifics and logistics of how both executions would be carried out Tuesday, leading up to the botched execution.

Both inmates challenged their executions on the grounds they needed information on the supplier of the execution drugs. The identity of the drug supplier is confidential under state law.

The National Coalition to Abolish the Death Penalty said immediately after the incident that “We demand that the state halt all executions and carry out an independent investigation. The death penalty is clearly untenable and cannot continue. The state of Oklahoma shrouded the process in secrecy and undermined public confidence in our criminal justice system and our democracy by threating to impeach State Supreme Court Judges who originally voted to stay these executions.  The government of Oklahoma sacrificed transparency and public accountability in favor of expediency – and the consequence were grotesque and preventable.”