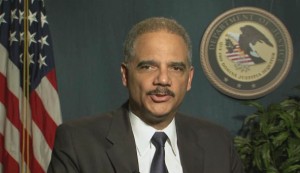 WASHINGTON – In testimony delivered before the U.S. Sentencing Commission Thursday, Attorney General Eric Holder endorsed a proposed change to the Federal Sentencing Guidelines that would reserve the harshest penalties for the most serious drug offenders.

The Sentencing Commission proposal, first unveiled in January, would lower by two levels the base offense associated with various drug quantities involved in drug trafficking crimes. If adopted, the change would impact nearly 70% of all drug trafficking offenders and reduce the average sentence by 11 months, or nearly 18%, according to the Commission.

As an added result of the new proposal, the Commission projects that the Bureau of Prisons population would drop by 6,550 inmates at the end of five years.

“This straightforward adjustment to sentencing ranges – while measured in scope – would nonetheless send a strong message about the fairness of our criminal justice system,” Holder testified. “And it would help to rein in federal prison spending while focusing limited resources on the most serious threats to public safety.”

The move is Holder’s latest step to alter the federal government’s approach to dealing with nonviolent drug offenders. Last August, Holder announced his “Smart on Crime” initiative, which included a major change to the department’s charging policy intended to reserve strict, mandatory minimum sentences for high-level or violent drug traffickers.

The “Smart on Crime” initiative would help ease the nation’s overcrowded prison system. Today, the United States comprises just five percent of the world’s population but it incarcerates almost a quarter of the world’s prisoners. In 2010 alone, state and federal governments spent $80 billion on incarceration. And of the 216,000 current federal inmates, nearly half are serving time for drug-related crimes.

The Commission is expected to vote on the proposal endorsed by Holder in April. Until then, the Justice Department will direct prosecutors not to object if defendants in court seek to have the newly proposed guidelines applied to them during sentencing.