Possible stabbing: If you have information, MCPD wants to hear from you

This news story was published on August 13, 2012.
Advertise on NIT • Subscribe to NIT 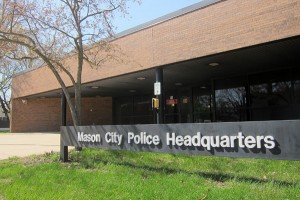 At about 3:15 PM Sunday, 20 year old Anthony Dale Linderman of Mason City reported that he had been stabbed in the chest.

Police responded and spoke with Linderman in the ER.  Linderman said the stabbing occurred near Washington School, near the 700-800 block of North Washington Ave. in an alley a short time ago.

Linderman refused to cooperate with investigators and provide any additional details.

Police then spoke with several people who were outside in this area at the time of the incident.  Police were unable to locate blood or the possible crime scene in the area.

Linderman was treated and released from the hospital.

The Mason City Police Department is requesting that anyone who may have information or may have witnessed the incident to please contact the department at 641-421-3636.

9 Responses to Possible stabbing: If you have information, MCPD wants to hear from you