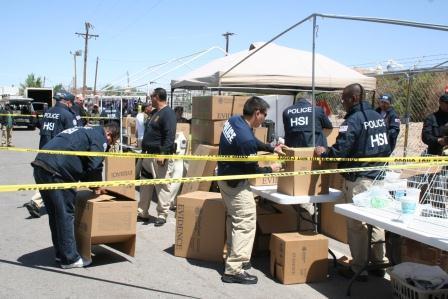 The enforcement operation was part of the continuing efforts of HSI’s Commercial Fraud Group, and the Southwest Border Financial Operations and Currency United Strike Force (FOCUS) to track down individuals who sell counterfeit and pirated products.