Donya was originally arrested on June 17th, 2011 by the Cerro Gordo County Sheriff’s Department for delivery of crack cocaine following a narcotics investigation.

Donya had spent much of the past nine months being pulled in and out of the Cerro Gordo County Jail on numerous warrants for violations of pre-trial release issues and failing to appear to court, each time being released without bond to the supervision of the Department of Corrections.

Donya was also charged with one count of accessory to murder following the shooting death of Brandon Crawford on August 9th that occurred in the Casey’s parking lot beside her home. That charge was later dismissed according to court records “in the interest of justice”.

Court records show on January 18th Donya had a plea change hearing on the delivery of crack cocaine charge and sentencing was then set for March 5th. At sentencing on Monday District Court Judge Stephen P. Carroll handed down a deferred judgment in the case. As part of the judgment Donya was directed to complete two hundred hours of community service, and will be on probation with the Iowa Department of Corrections for five years. 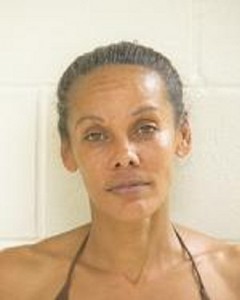